Question : Who was, or is, the most noble and virtuous president whom slovaks ever had? 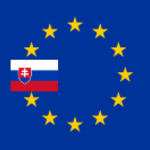 Slovakia's 2016 Presidency of the Council of the European Union

3rd sector (NGO) informations about political, economical, social and cultural aspects of the Presidency of Council of European Union which will be executed by Slovak Republic between July and December 2016 (SK PRES 2016).

The investigation of the case which involves also one of Prime Minister Robert Fico’s friends Miroslav Výboh, has been closed.

The Austrian prosecutor’s office charged two people in the corruption case pertaining to the purchase of the armoured vehicles for the Czech Republic worth billions of Czech crowns. The part of the investigation which took place in Austria has been leading to Výboh and Israeli citizen Lova Drori, who worked for the Rafael Advanced Defense Systems Ltd. (Read more...)

More than 9 months before the SK PRES 2016 and our websites sk16.eu and 2016sk.eu have been viewed more than 5000 times in less than 2 days. Hence, it is time to introduce ourselves:

Project sk16 is a tactical medium whose objective is to aggregate informations coming principially from 3rd sector institutions (NGOs) and furnish them - during Slovak Republic's 2016 presidency of European Council (SK PRES 2016) - to international audience.

A brief introduction to the project is presented on this presentation (use arrows keys or spacebar to move between the slides).

Government agency funds startup conference worth of 2% of European Presidency

Director of a partially state-run Slovak Business Agency starts to have some difficult time in explaining the (€1.4 million) costs of the startup conference TechMatch.

The fact that decision-makers of a country where an average monthly salary of a university professor is estimated to be around € 890 eur a month (source) hadn't hesitate to pay €60000 euro to Guy Kawasaki had also raised certain eyebrows.

However, participants seemed to enjoy the event, notably after the Keynote speaker had reassured them that he's not to be associated with the motocycle production: "I have worked with Steve Jobs", boasted Kawasaki, thus initiating a singular event worth cca. 2% of budget of whole SK PRES 2016 6-month presidency.

FOR THE first time in the history of independent Slovakia, the country’s football representation advances to the European Championship taking place in France next year.

The match against Luxembourg ended up with a final score of 4:2. Slovak goals were scored by Marek Hamšík, Adam Nemec and Robert Mak. Mario Mutch and Jans Gerson scored for Luxembourg. Read more...

Being famous for its strongly pro-automobile politics, capital without a metro, most ugly central train station and very expensive highways (12.5 million eur/km) in Europe, Slovak ministry of transport and construction has decided to break another record in "friend-directed distribution of public and european money".

Thus, more than 4.2 billion EUR are supposed to be invested into 20th-century style circle of ring and asphalt and concrete surrounding Bratislava. Id est, twice as much as was invested into bypass of neighboring austrian capital Wien.

According to study recently published by non-governmental Institute for Economic and Social Reforms, the project is based on manipulated data and overpriced for at least 800-million euros.

Know more from the infographics: Better ways how to spend 4 200 000 000€ instead of overpriced bypass road.

7 October 2015, Office of the President of Slovak Republic

President Andrej Kiska delivered a speech before the MPs of the Slovak National Council on the position of Slovakia in Europe on Wednesday. Here are the highlights from his address:

"Slovakia has the capacities to help. Accepting several hundred or even thousand people fleeing from the war and violence would definitely be in Slovakia’s powers. It would pose no threat to Slovakia, nor would it have any impact on how good or bad the life of people living in Slovakia is. A lot of associations and individuals, Christian and other organisations have offered to help the people who are trying to escape the war and its atrocities." Read more...

Slovak EU presidency will bring the country a more convenient connection with Brussels. The Irish low-cost airline Ryanair will fly passengers from Bratislava to Brussels’ main airport instead of the more distant Charleroi airport as of April 2016.

“Ryanair … has promptly responded to our request to move its flight from the more distant Charleroi airport where it flew so far to the main airport Brussels-Zaventem as of April 2016,” said Ivan Trhlík, CEO of Letisko M. R. Štefánika – Airport Bratislava, as cited in the airport’s press release. “In line with the Slovak Presidency of the Council of the European Union from July 2016 the demand for a direct and regular daily air connection of Bratislava and Brussels will significantly increase.” Read more...